It’s time for Summer/Winter Holidays and we are back with our first reading list of 2022 which has our recommendations of books published in 2022, which you may have missed because of the identity of the author, or their geographical location, or because the topic is not typically considered interesting to those interested in reading about the economy. We include 10 books that cover a range of topics that we think provide a richer understanding of socioeconomic phenomena and are therefore crucial to understanding economics and the world.

We include a new English translation of a book of essays on coloniality and power, and the persistence of colonial structures and institutions, specifically in the Latin American context. We also include the story of the intellectual history of theories of development in Latin America in general and its connection to the story of the United Nations Economic Commission on Latin America or CEPAL, and economic thought in Brazil. The evolution of economic thought and the influence of economists and economics on policymaking in the United States is the subject of another of our recommendations.

There are some great new books that deal with the history, political economy, and consequences of colonialism and imperialism from different lenses. We recommend a new compelling case for reparations as constructive justice, an account of how the British Empire dealt with/ continues to deal with its former colonies as independent nations, and a biography of one of the leading theorists of empire of the 20th century. We also recommend a new book about lesser known, and somewhat understudied, anti-colonial movements in Oceania. Given the ongoing war in Ukraine, we include in our list a timely new book that considers the relationship of Eastern Europe with decolonization.

We hope you find some time to read these brilliant books. If you’d like to read more, you can find our previous reading lists here. If you enjoy our reading lists, please let us know by emailing us at info@d-econ.org, and please feel free to send us suggestions of books we should read and include in our next reading list!

A Critique of Coloniality: Eight Essays 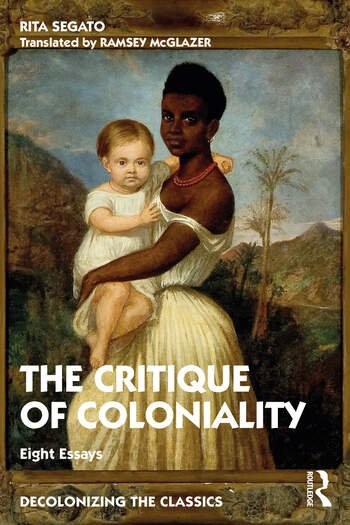 This is an exciting translation of Rita Segato’s seminal book La crítica de la colonialidad en ocho ensayos, which came out in Spanish in 2016. It offers an anthropological and critical perspective on the coloniality of power as theorized by the Peruvian thinker Aníbal Quijano. Segato offers an overview of Quijano’s conceptual framework in the first chapter, before proceeding to spend the remaining seven on various scenarios that present specific instances of persistent colonial structures. She includes a deep and detailed discussion on how these structures also relate to issues of gender, sexuality, race, racism and indigenous forms of life. Crucially, the book draws on Segato’s experience of feminist and anti-racist movements and struggles.

It is no surprise that Dependency Theory has shaped how Global South social scientists think about development, core-periphery dynamics and the structural conditions that perpetuate underdevelopment. But how did Dependency Theory emerge in Latin America? How did it become influential within the region’s main economic and political institutions? Moreover, which intellectual discussions, disagreements and external conditions have actually made the “CEPAL school” to be quite heterogeneous, paving a debate between “cepalinos” and “dependentistas”? Margarita Fajardo offers a meticulous historical reading of the creation of the CEPAL, the United Nations Economic Commission for Latin America (or ECLAC, in English) in the postwar era, drawing from the history of political economy and policymaking to explore how Latin American economists have created (and debated) a new framework to think about economic development.

Controversies about History, Development and Revolution in Brazil: Economic Thought in Critical Interpretation

This volume by Maria Malta, Jaime León, Carla Curty and Bruno Borja offers a critical reconstruction of the debates and controversies that influenced the construction of Brazil’s economic thought. Drawing from a range of themes, including dependency, democracy, revolution, and underdevelopment, the authors propose a provocative reading of how to make history, questioning the method, approach and versions normally in place. The book also offers a meticulous reading of Brazil’s key economic thinkers, including Roberto Simonsen, Caio Prado Jr., Celso Furtado, and Florestan Fernandes. It is a must-read for those interested in the bridging between intellectual history, Brazilian history, economics and politics.

For a long time, the topic of reparations has been considered politically unrealistic and at best an unserious policy proposition. Thankfully, this is no longer the case, and the scholarship on reparations is not only growing, but is also gaining mainstream traction. Olufemi O. Taiwo’s first book of 2022 is a critical and rigorous addition to this literature, providing a compelling account for reconsidering reparations from a Black radical standpoint. This is based on the understanding of reparations as a project of construction of a new, more just world on a global scale. Taiwo’s Constructive View gives us a concrete goal that reparations must accomplish: “building a just distribution”.  This book is a must read for anyone interested and invested in racial justice on a world-scale, the relationship between past injustices and to the future climate crisis.

A Revolutionary for Our Time: The Walter Rodney Story

Known popularly for writing the brilliant book “How Europe Underdeveloped Africa”, Walter Rodney was a historian, scholar, political activist, and revolutionary from Guyana and one of the pioneers of telling the story linking the development of global capitalism, the trans-Atlantic slave trade, and the connected political economy of Africa and Caribbean. Leo Zeilig, in turn, tells us the story of Walter Rodney, not only as a scholar, but as someone who “sought an empowerment of the poor and working class for themselves, by their own hand, and in their own name.” According to Zeilig, Rodney firmly believed that a sharp understanding of history was key to understanding where we are today, and how we can build a new society. Consistent with this, Zeilig tells the story of Walter Rodney as one that is grounded in an account of the history of Guyana, Jamaica, and European and US colonialism in general. It is an inspiring read, especially for those looking for a critical theory, history, and practice in light of the Black Lives Matters movement.

Uncommon Wealth: Britain and the Aftermath of Empire 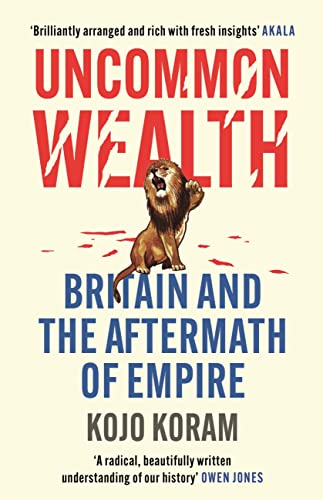 In this important book, Kojo Koram documents Britain’s treatment of independent countries after the end of empire, including how an interconnected group of British intellectuals, politicians, accountants and lawyers offshored their capital, seized assets and saddled debt in former colonies. He reminds us that decolonisation is not just a trendy buzzword, but rather one of the great global challenges of the past hundred years. Importantly, Koram also notes how the reinforcement of capitalist power across the world also had a rebound effect on Britain, demonstrating how oppression across the world is connected. Listen to an interview with Koram and order the book.

In Pasifika Black, Quito Swan introduces readers to the interwoven, and continually understudied, anti-colonial movements of Oceania. Through widespread research across the Atlantic, Pacific, and Indian oceans, Swan reveals the profound network of international Black activists who fought–and, in many instances, continue to fight–for decolonization throughout the twentieth century. This powerful history of Black liberation features a number of inspiring characters, from Aboriginal artist Oodgeroo Noonuccal–whose radical individual history offers an inspiring lens in which to explore Black women’s liberation in Australia–to Fijian activist Amelia Rokotuivuna–a fierce opponent of Pacific nuclear testing and prolific international organizer. The struggles and successes of numerous other artists, activists, academics, and revolutionaries are detailed throughout Pasifika Black, resulting in an illuminating and critical book. Swan’s book amasses a powerful and important history of Black liberation, which is especially relevant within the context of today’s global Black Lives Matter movement.

How did the mantra of “thinking like an economist” suddenly become the benchmark in technocratic and policy circles? In this book, Elizabeth Popp Berman offers a meticulous critical reconstruction of the discourse of efficiency and the “economist’s way of thinking” in the US political debates between the 1960s and the 1990s. Berman explains how the technocratic turn in policymaking began to incorporate economic concepts, such as the introduction of incentives, externalities, competition, efficiency and cost-benefit analysis, offering examples that range from environmental policy, health, education and welfare. Interestingly, Berman contests the thesis that technocratic discourse emerged as a right-wing agenda; on the contrary, by uncovering policy papers and economists’ networks, the author suggests that the economic style in governance consistently came from the centre-left in the 1960s. This volume therefore proposes a critical historical reading for those interested in understanding the interlink between economics, economists and the government.

Socialism Goes Global: The Soviet Union and Eastern Europe in the Age of Decolonisation

By James Marks and Paul Betts

The history of decolonization is often written from the perspective of the Western colonizers or from the perspective of the anti-colonial movements of the mid-20th century. The history of Eastern Europe is often neglected in this context. This monograph contributes to filling this gap by providing a broad history of the relationship between Eastern Europe and the decolonizing world. It shows how the common embrace of socialism and anti-imperialism opened up for connections and exchange between the peripheries of Eastern Europe, Latin America, Africa and Asia, including in the realm of the arts, health, economic development, labour migration, student exchanges, and archeology.

Assata Taught Me: State Violence, Racial Capitalism, and the Movement for Black Lives-

Assata Shakur, Black Panther, revolutionary, and Cuban Exile, serves as inspiration for Donna Murch’s insightful series of essays on anti-racist movements in the United States. This collection is not a personal history of Shakur, rather a riveting exploration of the contemporary movement against racism–a movement which continues to draw inspiration from Assata, as “Assata Taught Me” slogans, shirts, and signs donned in youth-led protests demonstrate. Murch, a Panther historian, splits this essay series into three parts–Black Power and Black Radicalism; State Violence and the War(s) on Crime; and Racial Capitalism and Black Lives–considering contemporary social protests alongside the historic struggle for Black Liberation. The book offers an important commentary on the political economy which underpins mass incarceration and racial capitalism, and considers the lens through which we may imagine a more equitable and less violent future. As Barbara Ransby stated in this thoughtful conversation, Murch, “…provokes us to think more deeply about where we are and where we are going” in today’s Freedom Struggle.  Order here

This site uses Akismet to reduce spam. Learn how your comment data is processed.